Pottery is a type of art that uses clay to create objects such as pots, vases, and dishes. Potters often use a potter’s wheel to shape the clay into desired forms. Pottery can be functional, such as bowls or cups that are used for eating or drinking from, or it can be decorative, such as vases that are used to hold flowers or other objects.

The history of pottery dates back thousands of years. Pottery was first used for cooking and storing food, but it soon became a form of art. Potters began to create decorative pots and dishes that were not meant to be used for practical purposes. Today, pottery is still popular as both a form of art and a way to store and cook food.

Pottery can be made from a variety of clays, including white clay, red clay, and brown clay. The type of clay used will affect the color and texture of the pottery. Potters often use different colors of glaze to decorate their pots and dishes. Glazes are thin layers of glass that are applied to the pottery after it has been fired.

Many different decorative techniques can be used when decorating a piece of pottery. Potters often use stamps or stencils to add patterns and designs to their work. Potters may also burn the surface of a piece with a blowtorch to create a unique look to their art. Some artisans embellish the wet clay before firing, while others leave the finished product unpainted and undecorated in order to highlight its natural beauty.

Pottery is popular in many parts of the world. In Asia, both China and Japan have strong traditions for using pottery as an art form and for cooking food in pots made from clay. In addition, ceramic objects have been found in archaeological sites throughout the Middle East and Europe that date back to prehistoric times. Pottery is also popular in North America, where there are many potters who produce functional and decorative pottery in the United States. 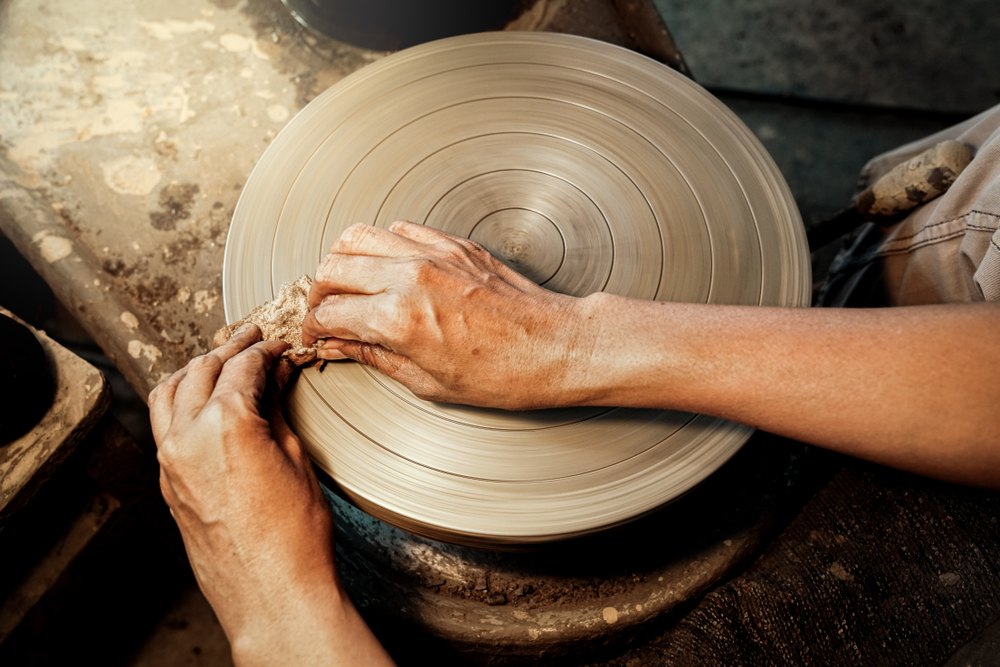 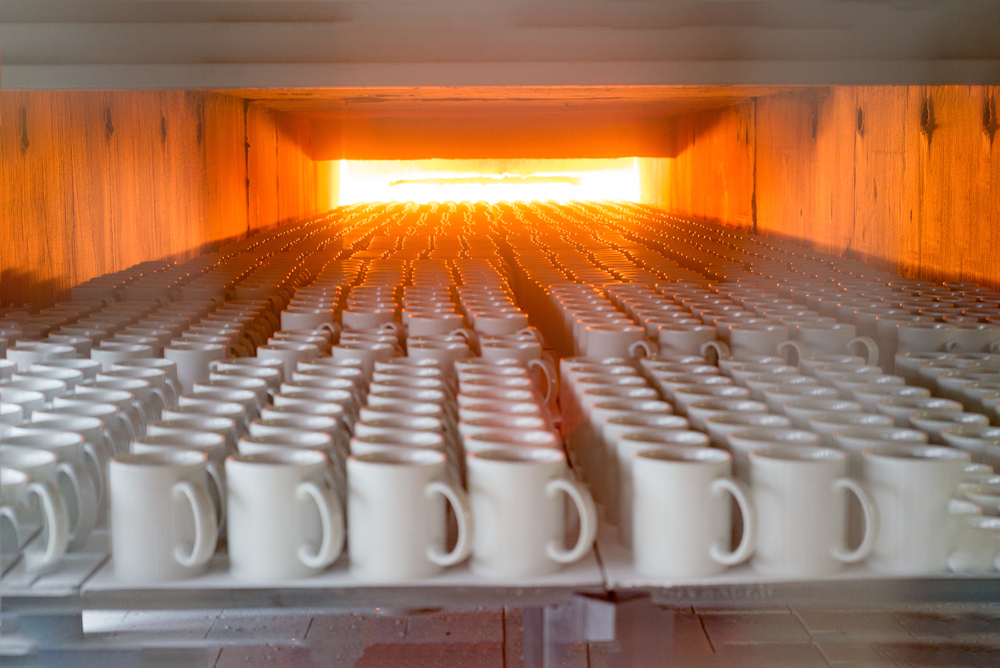 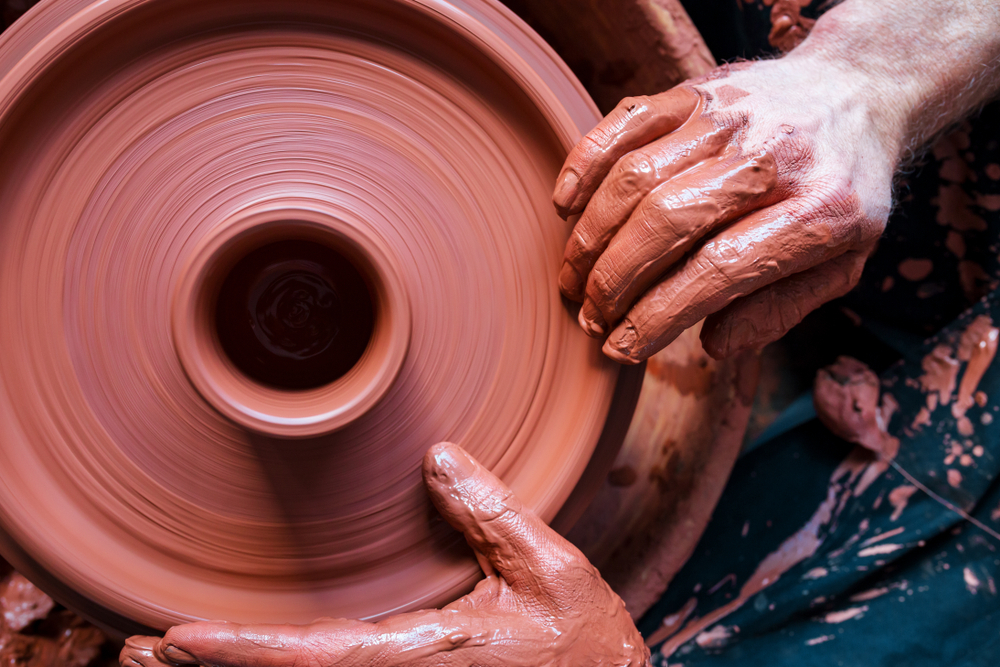 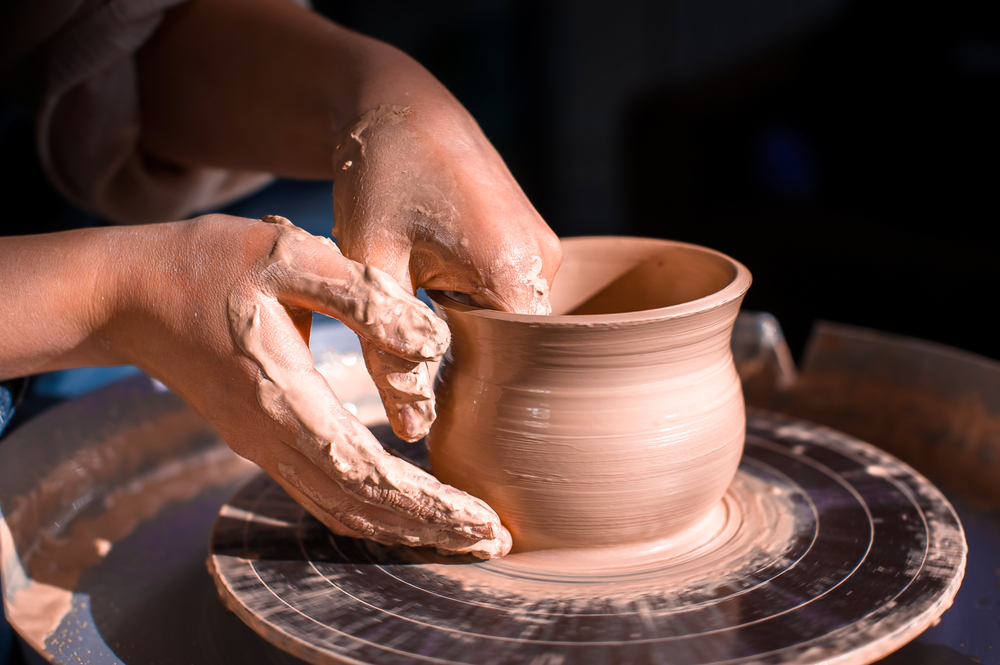 PotteryAndCrafting.com is a participant in the Amazon Services LLC Associates Program, an affiliate advertising program designed to provide a means for sites to earn advertising fees by advertising and linking to amazon.com. Amazon, the Amazon logo, AmazonSupply, and the AmazonSupply logo are trademarks of Amazon.com, Inc. or its affiliates. As an Amazon Associate, we earn affiliate commissions from qualifying purchases.

PotteryAndCrafting.com editors select and review products independently. As a participant in the BLICK Art Materials Affiliate Program, we earn affiliate commissions from qualifying purchases. It supports our testing.